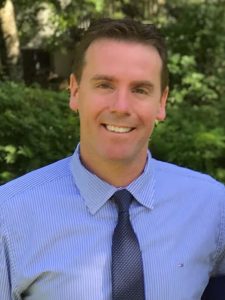 Dr. Goodbrand has been a lifelong resident of Waterdown, Ontario. Always interested in the mechanics of the human body, he attended McMaster University and graduated with an honours degree in Biochemistry & Genetic Engineering. He then received his Doctor of Chiropractic degree from the Canadian Memorial Chiropractic College in Toronto.

He began practice in 1997, serving in both the Westdale and downtown Hamilton area. Dr. Goodbrand has been practicing for over 23 years and has now focused his efforts downtown.

He utilizes a diversified manual Chiropractic technique, Activator Methods, and Low Level Laser Therapy in order to help his patients achieve their optimal level of health.

He has been prescribing orthotics since he began practice, and offers his patients the latest in 3D laser casting technology.